Top 10 Binge-Watching Guide For The Unusual Heroes In Our Universe!

If 2020 has proven anything, it has shown us that we are in an era where you don’t have to wear a cape to be a super hero! We have decided to dedicate this week’s Top 10 Binge-Watching Guide to the “Unusual Heroes” in our Universe! There is something on this list for everyone in the family – so check it out, grab some snacks and get sucked in for a couple of hours. 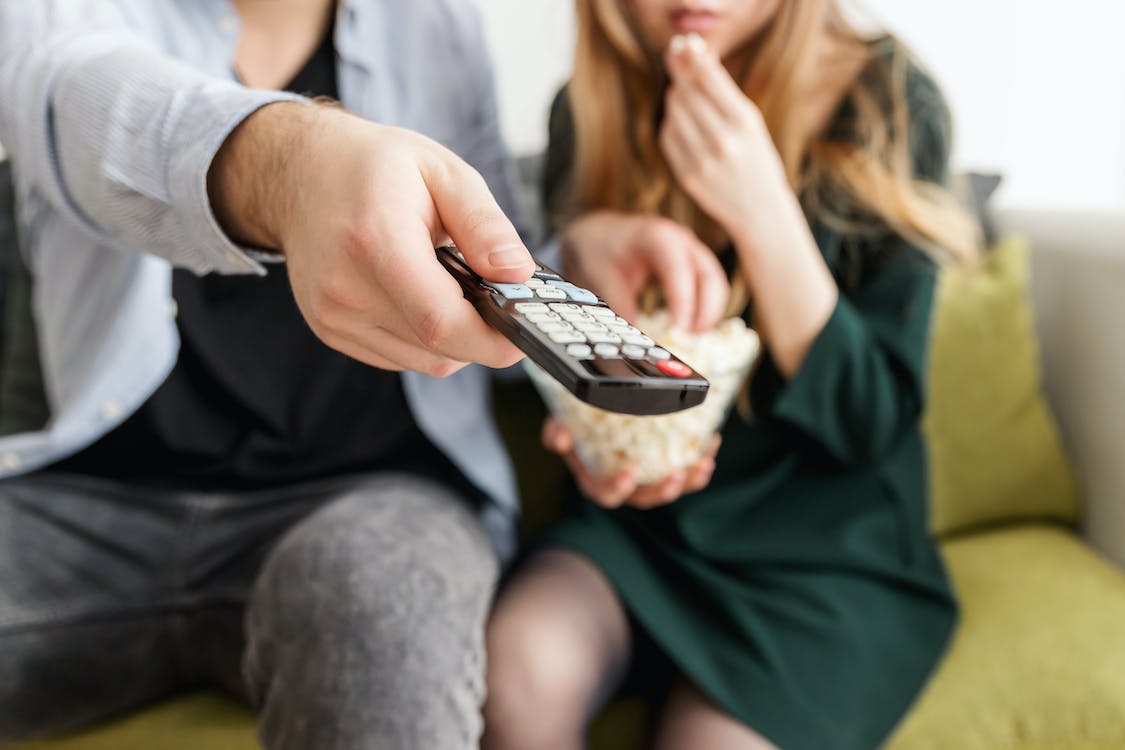 Doom Patrol: Season 1
Following the mysterious disappearance of their leader, Dr. Niles Caulder (“The Chief”), these reluctant heroes will find themselves in a place they never expected to be, called to action by none other than Cyborg, who comes to them with a mission hard to refuse. Part support group, part Super Hero team, the Doom Patrol is a band of super-powered freaks who fight for a world that wants nothing to do with them.
Catch up with Season 1 on Digital today, just in time for the second season premiere tomorrow, June 25, on HBO Max and DC Universe. It’s time to embrace the strange to save the world!
Batman: The Complete Television Series

TV’s iconic Dynamic Duo has been captured, along with a legion of abominable archenemies in a POW-erful collection. Featuring ALL 120 original broadcast episodes, ever popular guest stars like Julie Newmar and Cesar Romero, complete episode guide — and exploding with over 3 hours of all new extras — you can bring home all the crime fighting action that won generations of fans!

From the creators of The Flash and Arrow comes this Super Hero team-up that combines characters from both series, as well as new heroes from the DC Comics pantheon. Having seen the future, one he will desperately try to prevent from happening, time-traveling rogue Rip Hunter is tasked with assembling a disparate group of both heroes and villains to confront the unstoppable threat of the immortal Vandal Savage— a threat which not only puts the world at stake, but all of time itself.

Swamp Thing (1 season)
From executive producers James Wan (The Conjuring Universe films, Aquaman), Mark Verheiden (Heroes, Constantine), Gary Dauberman (IT and Annabelle films), Michael Clear (The Nun) and Len Wiseman (Sleepy Hollow, Underworld films), Swamp Thing follows Dr. Abby Arcane as she investigates a deadly swamp-born virus in the small town of Marais, Louisiana. When a mysterious creature emerges from the murky marsh, she finds herself facing the nightmares of a supernatural world where no one is safe. With nature wildly out of balance and coming for the people of Marais, in the end, it may take some Thing from the swamp to save it.

Lucifer (4 seasons)
Based on the character from DC Entertainment’s Vertigo comic, Lucifer is bored and unhappy as the Lord of Hell, and has resigned his throne and retired to the City of Angels where he is indulging in a few of his favorite things — wine, women and song. When a beautiful pop star is brutally murdered before his eyes, he feels something awaken deep within him – for the first time in roughly 10 billion years. Is he actually capable of feelings for a human being? The very thought disturbs him — as well as his best friend and confidante, Mazikeen (aka Maze), a fierce demon in the form of a beautiful young woman. The murder attracts the attention of LAPD homicide detective Chloe Decker, who finds herself both repulsed and fascinated by Lucifer. As they work together to solve the murder, Lucifer is struck by Chloe’s inherent goodness. Used to dealing with the absolute worst of humanity, he begins to wonder if there’s hope yet. Maybe everyone’s got a chance for redemption. Even the Devil.

Supernatural (15 seasons)
When they were boys, Sam and Dean Winchester lost their mother to a mysterious and demonic supernatural force. Subsequently, their father raised them to be soldiers. He taught them about the paranormal evil that lives in the dark corners and on the back roads of America … and he taught them how to kill it. Now, the Winchester brothers crisscross the country in their ’67 Chevy Impala, battling every kind of supernatural threat they encounter along the way.

This forensic fairy-tale follows Ned, a young man with a very special gift. As a boy, Ned discovered that he could return the dead briefly back to life with just one touch. Now a pie maker, Ned puts his ability to good use, not only touching dead fruit and making it ripe with everlasting flavor, but working with a private investigator to crack murder cases by raising the dead and getting them to name their killers. But the tale gets complicated when Ned brings his childhood sweetheart, Chuck, back from the dead — and keeps her alive. Chuck becomes the third partner in Ned and Emerson’s private-investigation enterprise, encouraging them to use Ned’s skills for good, not just for profit. Life would be perfect for Ned and Chuck, except for one cruel twist: If he ever touches her again, she’ll go back to being dead, this time for good.

The comedic modern-day quintet takes on their 2003 counterparts when villains from each of their worlds join forces to pit the two Titan teams against each other. They’ll need to set aside their differences and work together to combat Trigon, Hexagon, Santa Claus (that’s right, Santa!) and time itself in order to save the universe.

With the strength of Hercules, the wisdom of Athena, the speed of Mercury and the beauty of Aphrodite, she’s Wonder Woman. Beautiful Amazon princess Wonder Woman (Lynda Carter) travels to America disguised as Diana Prince, assistant to handsome but trouble-prone Major Steve Trevor (Lyle Waggoner). Using her golden belt, which imbues her with astonishing strength, her bullet-deflecting bracelets, a golden lasso that dispels dishonesty and an invisible supersonic plane, Wonder Woman combats evil.

The critically acclaimed FRINGE explores the ever-blurring line between science fiction and reality, where hybrid monsters tear through sewers, thieves walk through walls and portals open to parallel universes. Unable to police a world in which science has advanced beyond our wildest dreams — and nightmares — FBI Special Agent Olivia Dunham seeks help from eccentric ‘fringe’ scientist Dr. Walter Bishop and his jack-of-all trades son, Peter. Under the direction of Special Agent Phillip Broyles and assisted by Agents Astrid Farnsworth, Charlie Francis and Lincoln Lee, the Fringe Team investigates unusual incidents that defy human logic and unimaginable events that threaten our very existence on a universal scale.

Who is your favorite Unusual Heroes In Our Universe?

7 Things You Must Bring With You To A Concert