My parents hung out until after dinner, then they headed back home, not much happened. It was awesome to see them, I hate saying goodbye, I wish we lived closer than 5 hours away. But my mom did help me clean up a bit, which was awesome! I was still sick, hoping to get better soon.

A whole lot of nothing happened. The kids & I just chilled, boring I know. I did however get in a fight with this old guy over posting those, “If you believe in God, share this or else” things on facebook, that was interesting. It went down like this.

you will have to click on them to read them. After I was annoyed with that, I saw that Tyler posted the T-shirts for the contest. I really was hoping to win, 1- to have MY DESIGN be the design that everyone wears, that buys them from the concerts. 2- because that’s pretty awesome as a graphic designer. 3- you win free tickets to all the shows on this tour & meet n greet ticket (which is $100). I would of been able to meet him at the DC concert date, since I’m already meeting him at the Nashville concert. Pretty bummed still.. there was a lot of cool designs not picked. He picked his favorite top 29 then had all the fans vote. I’m most annoyed, the design that’s getting a lot of votes, is the same type of design as mine..  grr oh well, life goes on.. I’ll put it on a shirt myself and wear it. This was mine design, you have to zoom in to see the details.

EASTER! The kids been waiting all weekend for their baskets.. We had french toast for brunch & they opened their baskets, it went a little something like this. After that, the kids played outside with the neighbor kid, while I got some house cleaning done.

This song really makes me sad, reminds me of this one guy I had.. just all the emotions come flooding back,
I was never fully over him, stuff went down and I don’t know how to explain it. We tried to be friends, but it
would just remind me of what we had, to the point I just blocked him in my phone. Because like Tyler sings in
the song, “So don’t pick up anymore when I call you up, Cause it’s the beginning of a bad idea..” Needless to
say this is one of my favorite original songs by Tyler! But then again, all of his music is amazing! 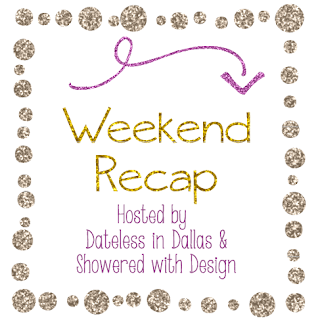 Who Loves Me? Personalized iSeeMe Book

An Open Letter To Mother Without Custody on Mother̵...

I’m obsessed with these pumpkins I made with wat

I have late-night conversations with the moon; he

🍂Happy Fall Y’all 🍁 I had to share this s

We made these adorable owls in After School a few